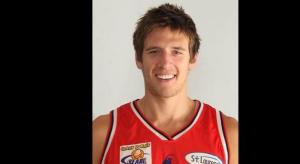 Friend has had a decorated basketball career representing Geelong and Victoria from U12 through to U18 before enjoying a 4 year career in NCAA Division 1 at Nicholls State University. Friend then returned to Geelong and played a key reserve role in the Supercats 2010 championship team.Following the 2010 SEABL season Friend decided he needed a break from the game.

“I had been playing basketball non-stop since I was 10 and I just felt a little burnt out. I needed to step away from the game to regenerate and see how much I really love the game”.

Friend decided to spend 2011 playing football with Newtown in the Geelong Football League. “Newtown were great to me, they welcomed me and helped me in every way. The guys there were terrific to me. I really want to thank everyone down there for the year and I will follow them closely.”

The year playing football has turned out to be ideal for Friend who feels excited to get back to basketball now that he has realized his love for the game is stronger than ever.

“I did enjoy playing footy but towards the end of the season I started to really miss basketball. In the end I realised that as much I enjoy footy, I miss basketball more. I am really excited about getting back onto the Arena floor with the Supercats”.

The Supercats roster is now taking shape and Friend looks set for a key role in the frontcourt rotation that already boasts local players Sebastian Loader and Lachlan Headlam, along with exciting new imports Theron Wilson and Kimmani Barrett.

“Dom is a very smart player with a big strong body, he can defend very very well, is a good rebounder and has a range of offensive moves on the perimeter and in the post. We anticipate a big year from him. The added bonus is that he allows our imports to play in their best positions, this will help them to be even more effective”.

Friend is expected to join the Supercats at their pre-season tournament in Millicent 17-19 February where the teams local content will play against Mt Gambier, Central Districts and Forrestville.